How to leverage power of vertical video on Instagram 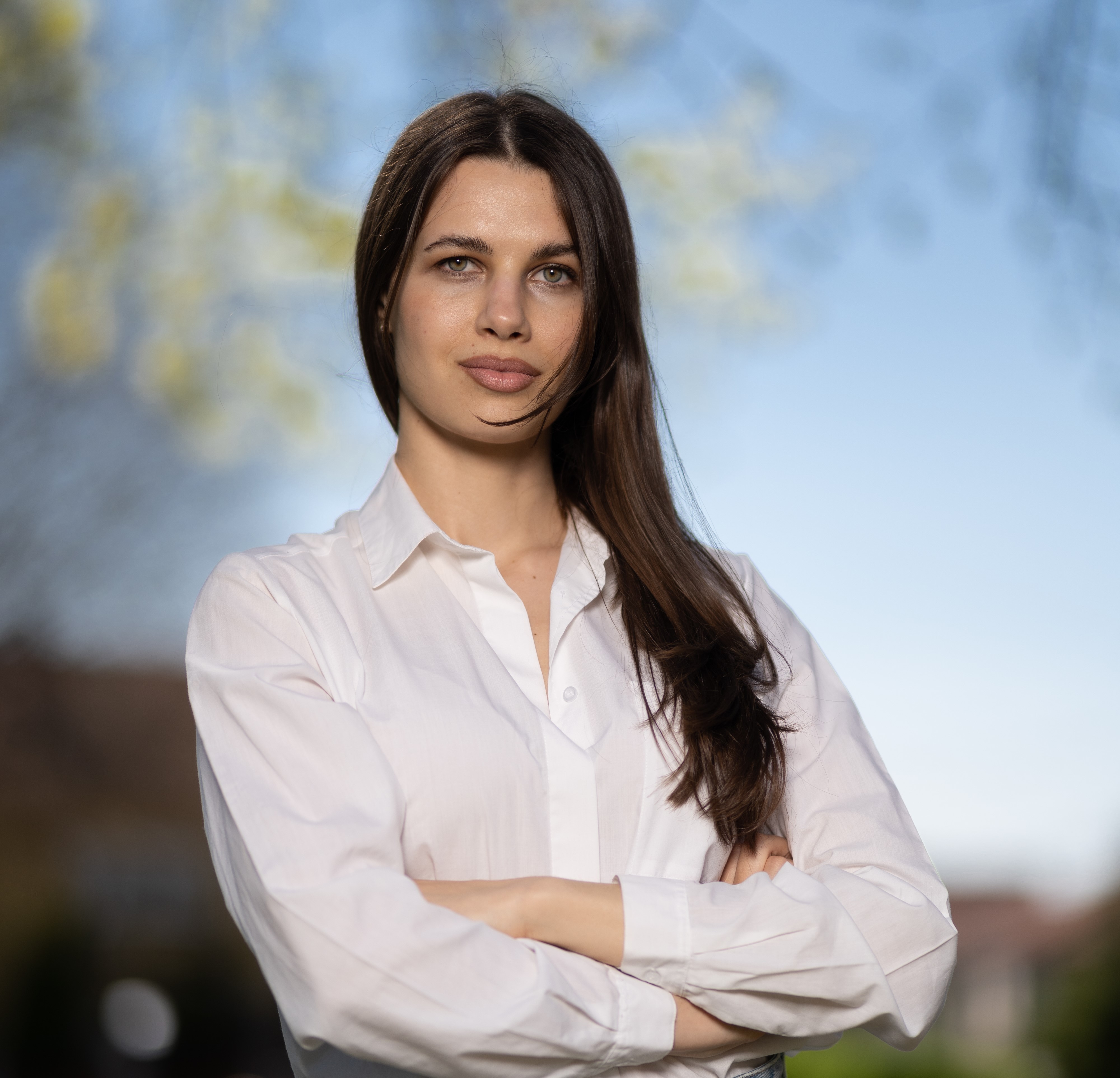 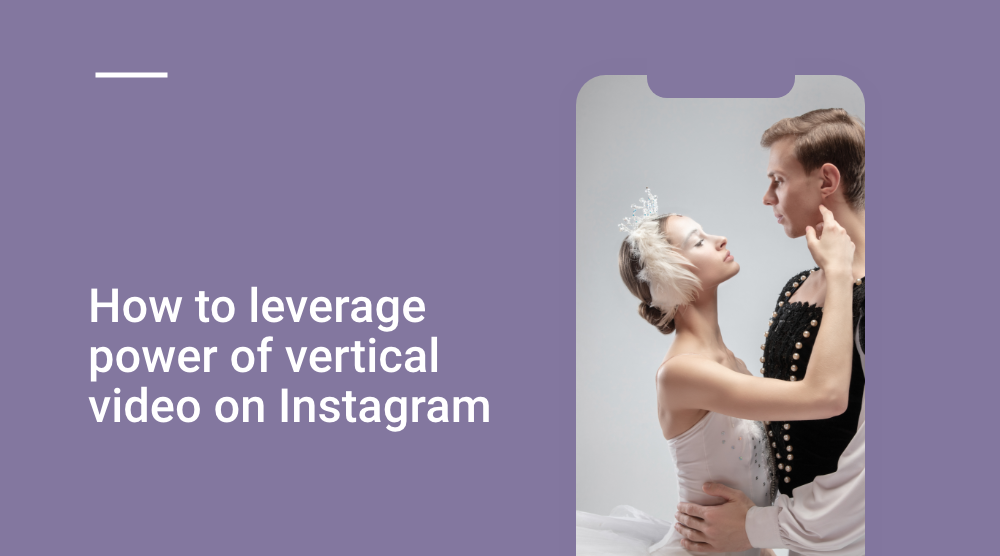 If you've been following marketing trends, you've probably noticed that there is a considerable increase in the use of vertical video on Instagram. Mostly seen in Instagram Stories, Tik Toks, and even Google Web Stories, these videos usually contain marketing content that is easy to understand and follow. But why are vertical videos becoming popular, and is there a way for you to make use of this emerging trend? Well, that is what we are here to help you find out.

To fully make use of vertical videos, you first need to understand why they became popular. If we go a couple of years back, vertical videos were seen as tacky. If by chance, you gave your phone to someone to take a video recording, you would first cringe, and then correct them if they took it vertically. So, what changed so that we experience vertical videos as normal nowadays?

Why we are still used to horizontal videos

One of the main things to understand is that we are not saying that vertical videos will replace horizontal ones. As you will soon learn, we've grown so accustomed to horizontal videos that we can hardly imagine watching films or TV in vertical ones. But why is that so?

To get a clue, we simply need to look at the origin of videos. More precisely, cinematography. Ever since we started making videos, they were horizontal. The first video called Roundhay Garden Scene, made in 1888 was in fact horizontal:

Back in those days, there were no TVs. So, the only way to view a video was in a cinema. As technology advanced, so did the cinema standard change to become wider and wider. The most commonly used nowadays are 1.85:1 and 2.39:1. Therefore, for more than a century we've been mostly seeing videos horizontal.

Does this mean that you should leave things be and not bother with vertical videos? Not quite.

The next thing to note is that we, as a species, tend to grow accustomed to a certain standard. And, once we do, we don't like when other people change it. A good example of this is the FPS (Frames Per Second) standard.

It currently stands at 24fps. Mind you, this is not due to technological restrictions. Modern cameras can easily go over 50fps when need be. The only reason for this is that we've grown accustomed to it when watching a film. Anything above 24fps, makes the film simply look weird. So, does this mean that there is no use in adding more frames per second? Of course not. It only means that it shouldn't be used for films.

In the modern-day, there are high fps recordings of sports events where they give the viewer an experience of actually being there. So, it's not so much that high fps takes the place of 24fps standard. But, it is more that high fps found its place in modern use.

Modern cameras let you see the action as if you were there.

If we use this as an analogy, we can easily see why it is wrong to think that vertical videos will substitute horizontal ones. It is more that they will find their place in the modern culture. And it is our feeling that that new place will have a ton of marketing potential in the near future.

Why have vertical videos become important

The main reason why vertical videos became important is our phones. Not long ago, we had small phones with even smaller screens. But, as the technology advanced and our phones became smarter, phone screens grew in size.

Due to our hand anatomy, they couldn't possibly grow in width without becoming cumbersome. So, contrary to the development of screens in cinema, they grew in height. This has led us to have surprisingly tall phones, where vertical videos can easily fit. Can we turn our phones sideways in order to view a video? Yes. But the act of doing so necessitates that we use our other hand.

Never underestimate the importance of physical comfort when it comes to design.

While this may seem small, people prefer when their attention isn't disturbed by a sudden need to change screen orientation. As we said, people like it when you stay within a certain standard. And if the standard is holding your phone vertically while both browsing social media and while looking at videos on it, so be it.

What we've said so far should give you a decent idea of why vertical video content became so popular over the last couple of years. But, this sudden spike in popularity cannot solely explain the rise of Instagram Reels and Tik Tok. To fully understand why vertical videos are not only popular but are essentially the future of online marketing, we now need to explore the nature of visual content.

Attention span in the 21st century

The 8 seconds in question are only for written content. If you place text in front of a person, you have 8 seconds to capture their attention. This paints a grim picture for blog posts, as they usually require much more than 8 seconds to read. But, this doesn't ring true for visual content.

Visual content, by its very nature, is much more engaging than written content. Put simply, a picture tells a thousand words. And seeing that a video is technically a string of pictures put one after another, you can imagine how many words it tells.

With this in mind, it shouldn’t come as much of a surprise that you grab people's attention much more easily with a video than with written content. Stories especially grab people's attention, as they are short, not intrusive, and easy to follow. But, don't take our word for it. Instead, you only need to consider the marketing statistics.

Here are some that even took us by surprise:

And keep in mind that using videos and visual content in stories is a growing trend. So, we should expect these numbers only to grow.

Although, it is important to point out that not every video is engaging. Only that, it has a chance to be. For a video to be engaging it needs to tell a story.

Telling a story through video marketing

One of the core ideas of decent marketing is to convey an idea. Whether you are selling a product or offering a service, you need to have an idea behind them if you are going to tell a story about it.

If you look closely you will see that these ideas are woven into their brand, their website, and their overall marketing.

Even patriotic ideas can be quite alluring, when presented through a nice story.

So, what you need to do is to come up with an idea and present it through video. The benefits of using a video are as follows:

Put all this together and you will soon see why videos are such a powerful tool. Mind you, we aren't the first ones to notice this. Instagram, Facebook, Google... All place a high value on video content, especially in story form.

How to use Instagram reels to tell a story

One of the current traits of vertical videos on Instagram is that they are short. Most of them last for less than a minute. This, as you might guess, doesn't give you much room to tell a story. But, the beauty of using the story format is that you string together a couple of short videos. When done with care and forethought, these videos can effectively tell a story and convey your idea to your customers.

There are a couple of tips you should follow as a beginner when creating Instagram Stories. Our advice is to separate your Instagram reel into three parts. The intro, the middle, and the end. Use the intro to catch the viewer's attention, and set up the right mood. The middle is for you to convey your idea and explain to them why they should engage with your company. And the end for CTA and more direct branding.

Instagram stories can be quite effective in conveying information and maintaining the users attention.

But, by no means is this set in stone. There are many ways for you to use vertical videos and stories, and we only get more and more surprised at how creative people can be. In fact, our main goal is to give you as much creative freedom as possible through our platform. From playing with perspective to using fluid motion to transition between videos in a reel, people seem only to come up with newer, better stuff. So, feel free to explore and experiment.

If there is one thing you should take away from this article it's that the vertical video format is a novel, potentially quite powerful tool when it comes to marketing. While people currently see it as a passing trend for a younger generation, know that it has more than enough potential to stay with us permanently. So, as is usually the case in marketing, you should try to stay ahead of the curve and not suffer ruthless competition.

You’d be surprised at how satisfied people are when they results of marketing content created through StorifyMe.

Once marketing managers wise up to the utility of stories, they will definitely put a ton of money and energy into it. So, if you are wondering whether to use stories and vertical video on Instagram to promote your business, don't. Start doing so now, and see your engagements skyrocket.